Cosmic Joke is a film and video production company based right in the heart of Manchester. Run by three best mates from a listed Ancoats mill, we love making film and video content in all forms.

We specialise in music videos, live event filming, commercials…pretty much anything you can point a camera at! When we’re not working alongside our wide range of clients, we’re making short and feature length film content for film festivals, cinema screens and video on demand services. We’ve got an award winning portfolio of work that has pulled in viewers, launched new brands and delivered engaging messages for nearly a decade.
We’ve got to this point by always bringing our clients along for the ride - we pride ourselves on being approachable, caring and fun to work with.

Film and video production of any kind can be a huge undertaking for anyone, so no matter how big or small your project is, we’re here to guide you through the process from start to finish with advice, openness and commitment.

Things you don't need to know about us... 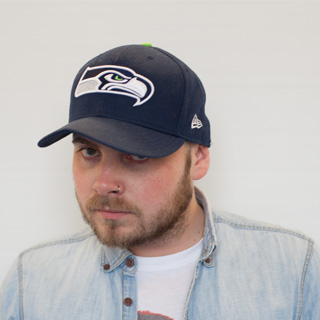 Alex Taylor
Director
An award-winning music video director and founder of Cosmic Joke, Alex directs the company’s projects and tries to bring the stuff in his head to life. Alongside a strong portfolio of music videos, shorts and TV commercials, Alex has directed feature films that have played to cinema audiences around the world. His favourite director is David Lynch, he could eat pizza for every meal (and tries to!) and likes the Seattle Seahawks…a lot! Often found with a beer in his hand.
say hello… 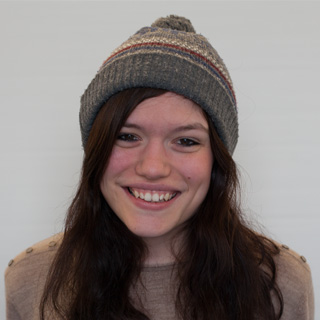 Shona Brown
Producer
Shona’s production background began in her hometown of Sheffield with Warp Films. Since joining Cosmic Joke, she’s been responsible for guiding all of our projects from conception to delivery (and everything that comes in between!) and is the first grumpy mug that most clients will see. Shona can recite The Sound of Music word for word but alongside tea and dog videos, her true passion is anything Disney. Film heroes include Alma Hitchcock, Sabrina Sutherland and Bette Davis.
say hello… 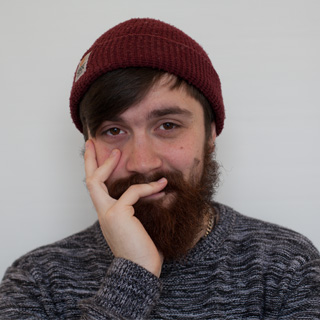 Matthew Sturdy
Post Production
Matt is a veteran editor who since joining Cosmic Joke has upped his game to include all manner of post production skills. From animation to visual effects via colour grading and sound design, Matt is able to offer all of our clients the very best in film and video post production. He’s seen Shaun of the Dead over 300 times, his post production hero is Walter Murch and he owns a cap with a wooden peak.
say hello…