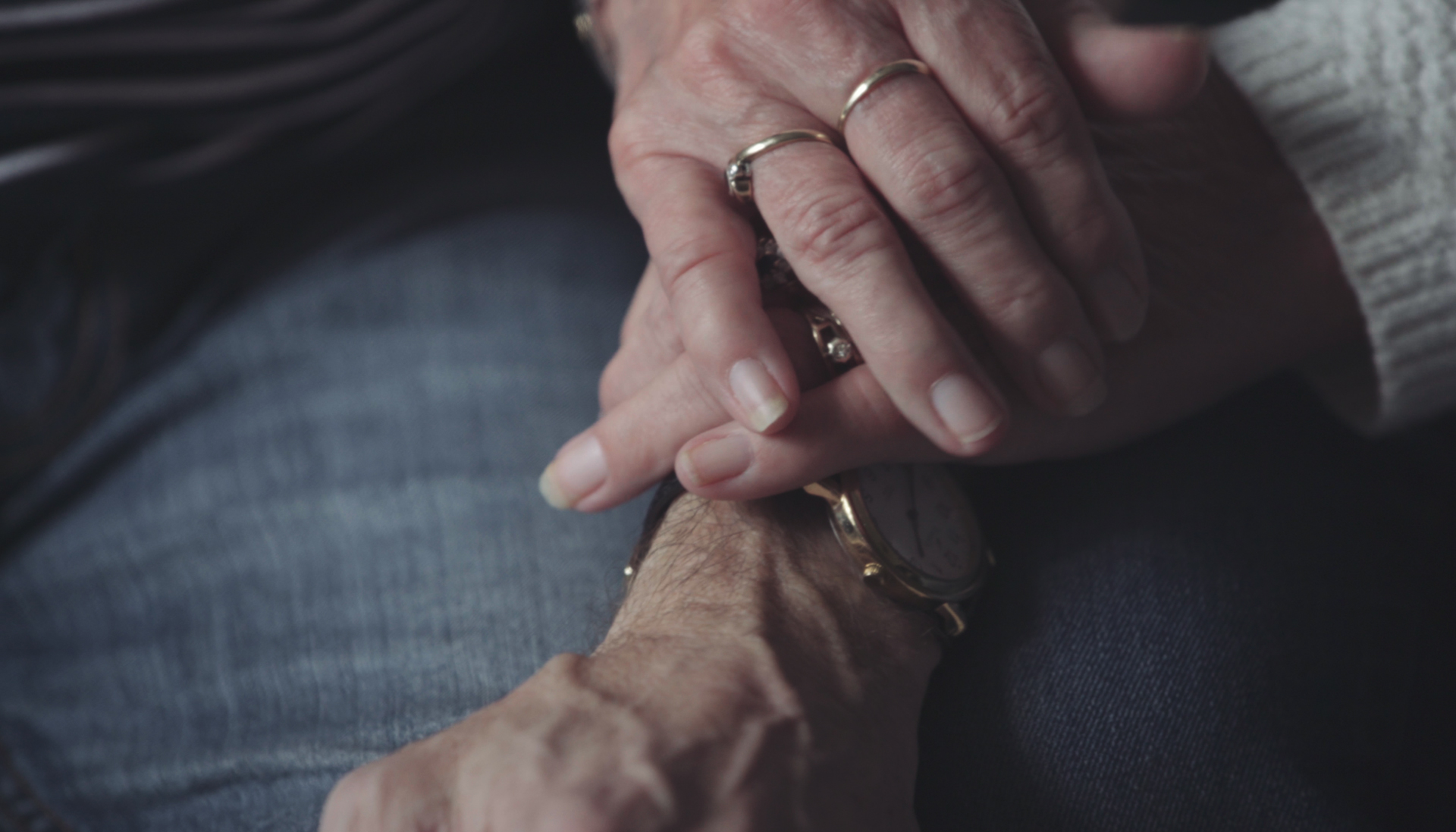 None of these young families thought they’d face dementia at their age. A rare insight into young onset dementia from the people facing it, and a film that may just teach you a thing or two about your own life. 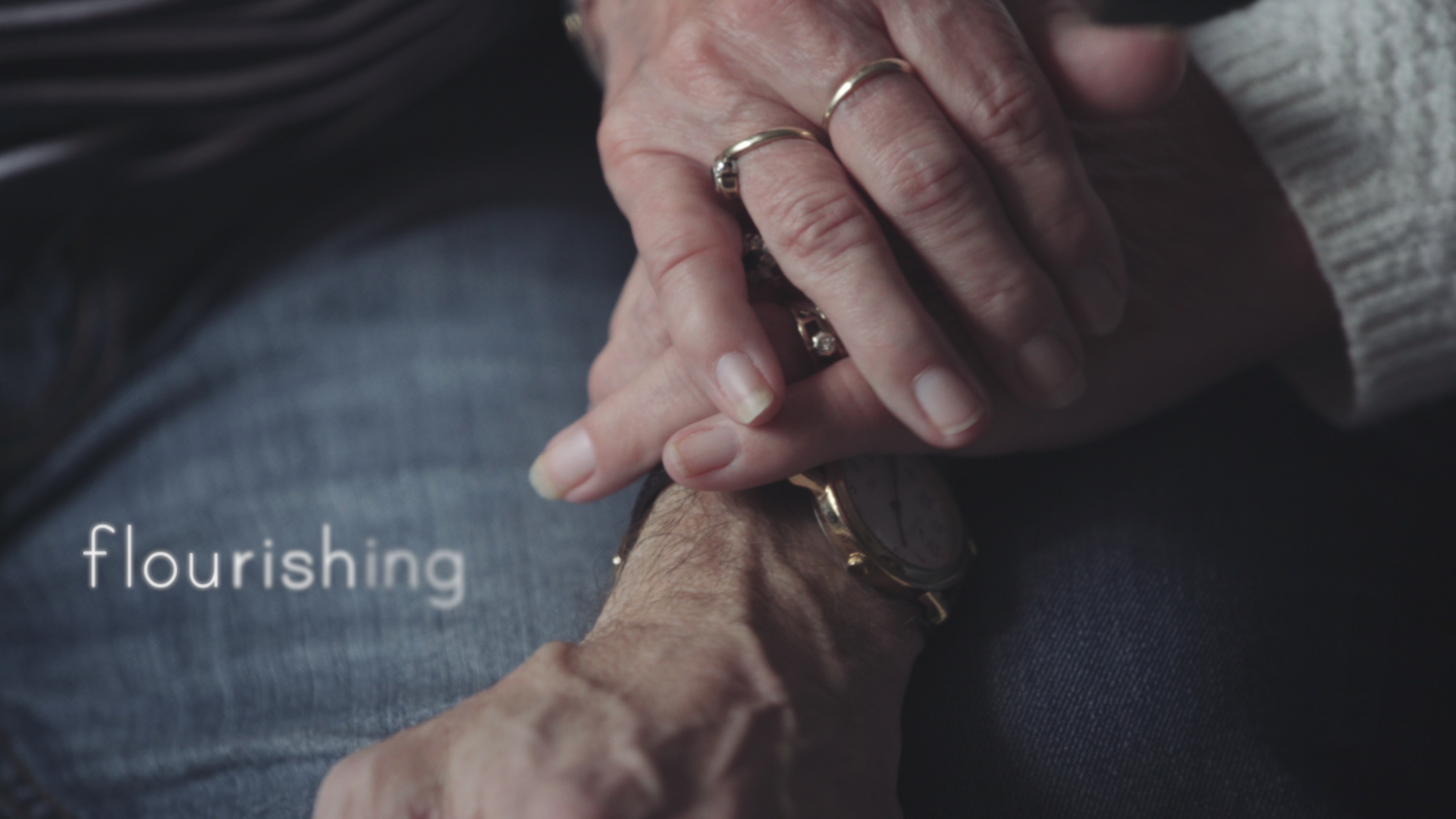 ‘If you’ve got another disease, you know it, but with dementia, I don’t know it.’ Flourishing is the story of three families living in the UK, Sheffield, with young onset dementia. Filmed by award winning, Manchester based production company, Cosmic Joke, the film gives a rare insight into the lives of those living with young onset dementia, as well as the people around them. The families in this film had to face huge challenges to gain understanding and recognition from the healthcare system, the government, their workplaces and even from their own friends. This is a story of courage and bravery and above all, love.

Dementia is considered ‘young onset’ when it affects people under 65 years of age. It is also referred to as ‘early onset’ or ‘working age’ dementia. However, this is an arbitrary age distinction which is becoming less relevant as increasingly, services are realigned to focus on the person and the impact of the condition, not the age.
Dementia is a degeneration of the brain that causes a progressive decline in people’s ability to think, reason, communicate and remember. Their personality, behaviour and mood can also be affected. Everyone’s experience of dementia is unique and the progression of the condition varies. Some symptoms are more likely to occur with certain types of dementia.
Dementias that affect younger people can be rare and often difficult to recognise. People can also be very reluctant to accept there is anything wrong when they are otherwise fit and well.
Source: Young Dementia UK

the voices of flourishing

mandy & richard
After a night out in the Crazy Days nightclub in Sheffield, Mandy decided she liked the look of Richard in his trendy red Kickers and ran out after him and onto the bus…that’s where they met. A little time later, after Richard had been to work in France, he fetched her a huge sandwich and met her outside the Bassetts Factory. On her 21st birthday, they were married. Some 35 years on and despite everything they are planning their next holiday to the Greek Islands.
ann & alan
Ann and Alan met when they were teenagers at a bus stop and have been together ever since. Alan is proud to have walked the Great Wall of China in his lifetime and he still plays badminton when he can. Meanwhile Ann, now in her early 60s has set her sights on learning to drive. They both take a lot of joy from being at the head of a huge family of children and grandchildren.
louise & simon
Louise and Simon were childhood sweethearts who came back together a little later in life, and have now been together for 20 years. Simon has only just turned 50 and Louise has stopped work to enjoy their ‘retirement’ now. A former painter decorator, it’s no surprise that Simon greatly enjoys the odd art class, whilst Louise loves to get crafty. She even runs a monthly crafting club for all those affected by young onset dementia.
All of the couples are living with young onset dementia, but they are not defined by it.

DOWNLOAD POSTERDOWNLOAD PRESS PACK
the team
cosmic joke
Cosmic Joke are an award winning production company from Manchester. Their commercial, film and music video work has been featured across diverse media outlets from The Guardian and the BBC to Teen Vogue and MTV. Founded in 2012, the team are made up of Alex Taylor (director), Shona Brown (producer) and Matthew Sturdy (editor). Together, they have over a decade of experience, working with the likes of Warp Films and Sheffield Doc/Fest to the BBC. Their debut feature documentary, ‘Treasure Trapped’, toured cinemas globally throughout 2015/2016. This success kickstarted a number of diverse documentary film projects, such as ‘Sin Bin of the City’ (festival release, 2017) and ‘Flourishing’.
anna parker
Anna trained as a journalist cutting her teeth in the trade press, with spells at BBC radio and TV. She decided documentary was her thing, moving quickly into independent distribution and then working for Sheffield Doc/Fest for seven years, leaving as Head of the Marketplace where she brought together the best new content with international funders, broadcasters and distributors at the Doc/Fest MeetMarket. Inspired by her personal experience of young onset dementia, she decided she wanted to show the amazing journeys people face with this disease through film
‍
contact: flourishingfilm@gmail.com